SOME OF THE MOMENTS OF 2014 COMPETITION IN LLOGARA, ALBANIA 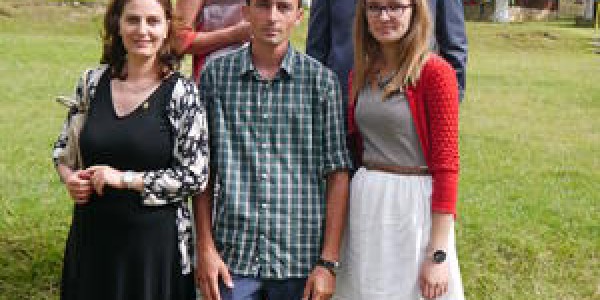 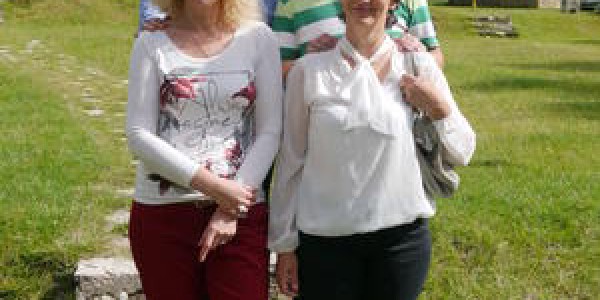 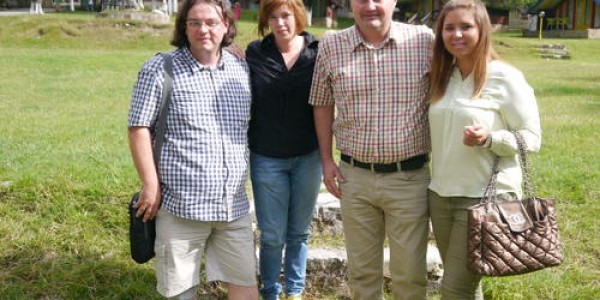 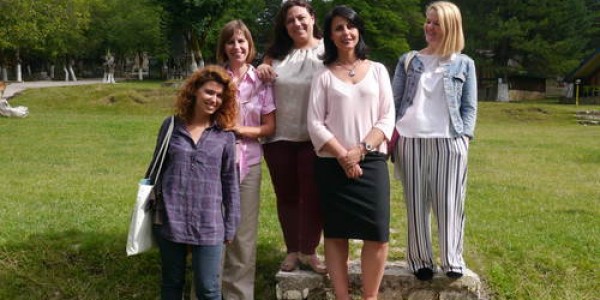 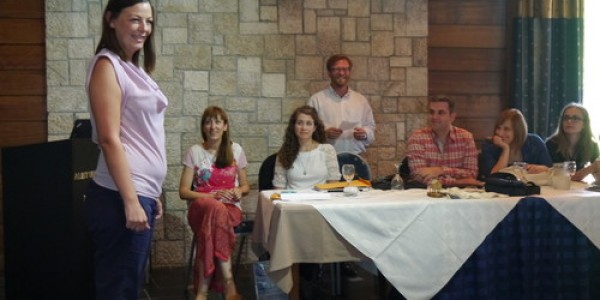 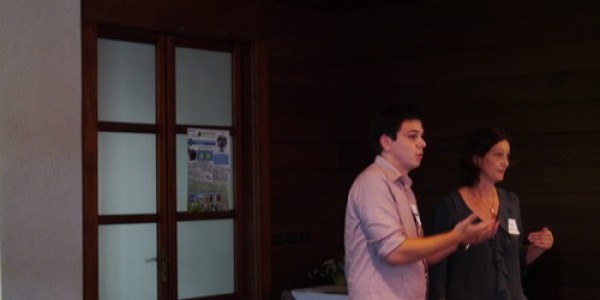 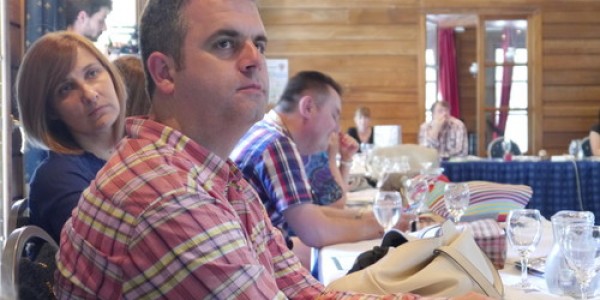 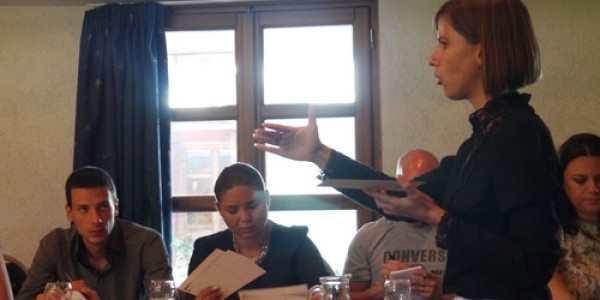 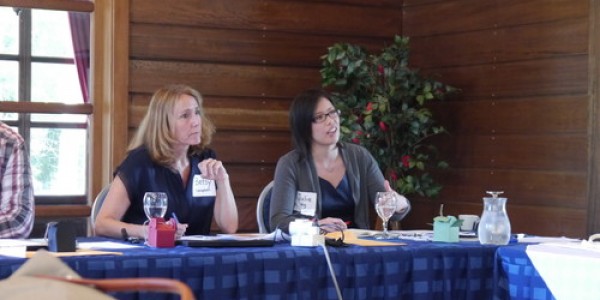 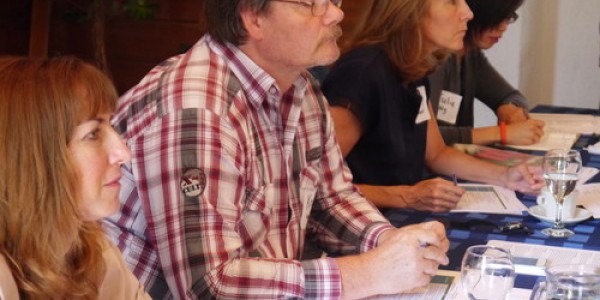 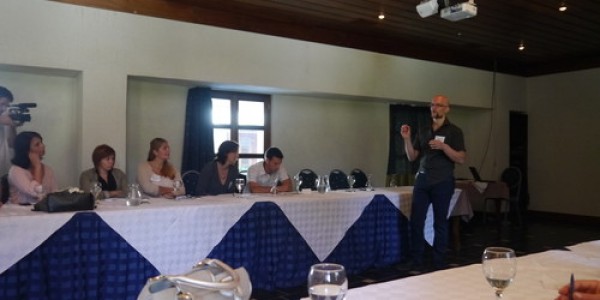 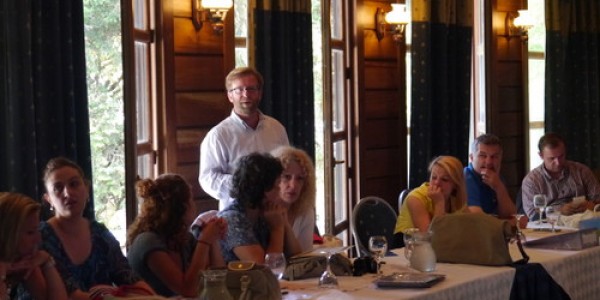 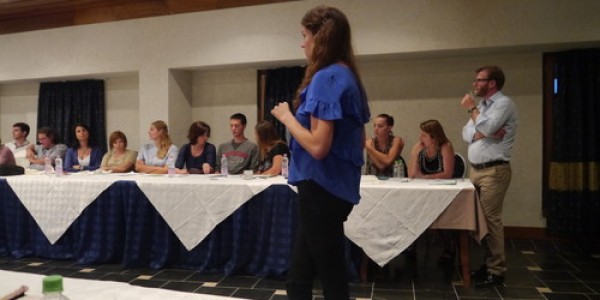 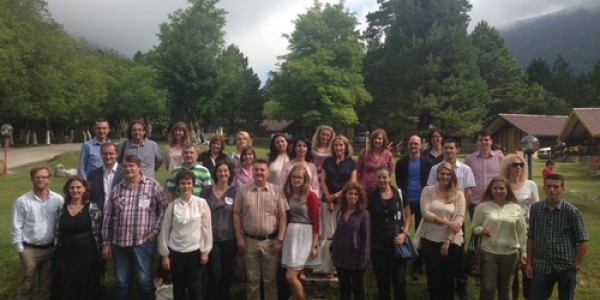 Rita Aliti is a talented young artist and entrepreneur from Kumanova, Macedonia who has lived in Pristina for the past six years. She is still in high school, but has decided to turn her passion for crafting handmade jewelry into a business opportunity. She is the founder of INVENTA, a startup company that designs handmade jewelry from recyclable materials. Although she has no prior business experience, Ms. Aliti has been successful by seeking advice from more experienced people. In doing so, she managed to turn her passion for jewelry making into a profitable venture in its first year.

Stevan Covic is from Subotica. He is a graduate student in the Faculty of Philosophy at the University of Novi Sad. Since 2011, he has been engaged in the agricultural production of fruit and vegetables at the Covic family farm. Mr. Covic is also the founder and president of LIFE, a citizens association to fight rare diseases in children.

Evica Dimitrieva was born in Stip, Macedonia. She graduated with a degree in engineering and Industrial management and holds an MA in information science. She believes strongly in her vision and develops projects that help her reach her goals. She has presented one of her projects at the Business Forum on Expatriates in 2008. In 2012, Ms. Dimitrieva won second prize (out of 104 business plans) for a project she developed at the Competition for Best Business Idea, organized by the Government of Macedonia. The same year, she also received an award for Outstanding Contributions and Achievements from the Municipality of Stip. At the 2013-2014 National Competition organized by the Ministry of Economy, she developed two projects which received high rankings and entered the top six project ideas. Ms. Dimitrieva is a certified travel agent and has completed training in business planning and development. Her professional work experience includes Dairy EVA DOOEL and Travel Agency Mediteran in Stip, Macedonia.

Nikola Grujicic was born in Valjevo in 1985. After graduating from high school, he married his wife, Rada. They have three daughters. He is employed at Gorenje d.o.o in Valjevo. As a young married couple living in the city, they realized that they should turn to nature and decided to move from the city of Valjevo to the village of Žabari. Two years ago he decided to start organic agricultural production, growing grains, vegetables, and fruits.

Erika Haxhi has experience in youth work, civil activism, project writing and implementation. She has constantly mobilized groups of students and young people through associations, clubs, movements in Albania and abroad for various causes concerning human rights, culture, environmental awareness and civic responsibilities. Erika has engaged herself in international partnership building through participating in workshops and trainings across Europe supported by the European Commission. These capacity building forums focused on political education and advocacy through arts and culture. Through her work for Gender Alliance of Development Center, Erika acquired more skills on project and operational management, as well as absorbed the gender equality standards of European CSO today. She holds a major in Political Science and International Relations from University of Geneva (Switzerland and University of New York in Tirana. Recently, Erika has gained advocacy capacities through training organized by National Democratic Institute where she learned how to effectively raise the voice of civil society pressure on Albanian Government on establishing more solid rights and structures to protect its citizen. At present, Erika is contributing for Tirana Ekspres through administrative, project writing event coordination and works as well for the university of New York in Tirana as project assistant.

Jeton Hetemaj is an abstractor for Education, Fundraising, and Tourism at FOUR PAWS Kosova, an animal welfare foundation. His responsibilities consist of coordinating guided tours, writing project proposals, arranging meetings with potential donors, organizing and evaluating surveys, as well contacting and building cooperation with subjects involved in education and tourism. For approximately two years he was engaged as a coordinator at the Regional Environmental Center for Central and Eastern Europe.

Boban Jokic was born in 1971 in Pristina. He graduated from the Faculty of Civil Engineering in Podgorica. He is married and has 3 children. Mr. Jokic began working in 1998. He has worked for the German NGO Malteser, delivering building materials to socially vulnerable families in Montenegro; as a project coordinator on construction projects for the German organization, HELP-Hilfe zur Selbsthilfe e.V. Bonn; and as an engineer in the real estate office of the Sociate generale bank Montenegro. Currently, he is employed in the Real Estate Asset Management sector at Hypo Alpe Adria Development. His hobby is cultivating plants: in his garden in Podgorica, Mr. Jokic plants different types of fruits and he also plants vegetables in a greenhouse. He is organizing a sustainable organic garden with a large selection of various plants in a village near Podgorica. Mr. Jokic is trying to turn his hobby into something more serious and sustainable. He is passionate about environmental energy and plans to build an energy-independent house with multiple sources of energy.

Igor Kojcic is a student at the Faculty of Civil Engineering at the University of Belgrade. He is engaged in the preparation of the application for and implementation of projects with EU funds in the Municipality of Mladenovac. He is part of a six-member team who developed an innovative fruit and herbs dryer and initiated the business idea in co-operation with local farms.

Marina Kovacevic was born in 1966. She finished elementary school in Zupa Niksicka and Agricultural College in Cacak, Serbia. She is married and the mother of three children. Ms. Kovacevic is a registered farmer and the owner of a small turkey farm. She also collects medicinal plants, wild berries, and mushrooms. Ms. Kovacevic has been a member of the Mountaineering Association Javorak in Niksic since she was ten. She is also a member of the Red Cross of Montenegro and cycling club NIK-bike. She is a blood donor and humanist. Ms. Kovacevic is the coordinator of NGO Morakovo.

Biljana Mladenovska was born in Dojran, Macedonia in 1982. She graduated as a social worker from the Institute of Social Work and Policy at St. Cyril and Methodius University in Skopje in 2003. Since graduating, Biljana has been involved in several NGOs focusing on the improvement of life and wellbeing of marginalized groups. In 2012, Ms. Mladenovska established PROFICIO, an NGO aiming to reduce poverty and exclusion by enhancing the competitiveness and employability of the disadvantaged, marginalized, and Roma people.

Vasil Petrushevski works as a network administrator within Horizonti, a CRS spin-off program for micro-crediting. After years of individual interest and research on new environmentally-friendly technologies, and considering the needs of the economy of Macedonia and the wider region, he came up with the idea to introduce aquaponics production in a green house to maximize the use of the solar energy in Macedonia and the Balkans. He started testing and realizing his innovation three years ago, at first with support from his family and then with support from a wider network of experts. He graduated from electronics technical school in 1994 and attended electronics courses at Skopje State University. He holds several Microsoft Network Administration certificates, and as of this year, he is president of the Mother Theresa Public Policy School Alumni group.

Adriaja Sedaj holds a master’s degree in sculpture. Her artistic creations transform recyclable materials into artistic works. She was honored twice for her achievements in sculptural art by the Faculty of Arts and received numerous other awards in different competitive art exhibitions. Her work has been featured in many national and international art exhibitions. Ms. Sedaj co-founded EkoArt Value with her brother, Visar.

Eltjana Shkreli is an urban planner. She has been working at GO2, an urban mobility organization, for the past few years. Ms. Shkreli is interested in environmental projects that also take cultural and natural heritage in consideration. Her four years of teaching experience at the university level make her feel more responsible by transmitting this type of approach to the new generation of students.

Bukuroshe Sinanaj is a fashion designer residing in Albania. She has her own fashion studio. She is also the designer and manager of a social project, Recycle Jeans. Ms. Sinanaj believes in a better planet and she believes that we can do it better.

Veselin Sturanovic is the executive director of FORS Montenegro – Foundation for the Development of Northern Montenegro, an organization that aims to contribute to sustainable development through the implementation of various projects and collaboration with national and local authorities, the civil sector, small and medium enterprises, and individuals sharing similar attitudes and ideas. One of his objectives and the objective of the organization he leads, is to develop social entrepreneurship. Veselin was born in 1973 and he holds a degree in management. His professional career includes working for several years in USAID community development programs implemented in Montenegro by international organizations. He is one of the founders of FORS Montenegro, a Montenegrin development organization.